Back to all posts

The Debut of "Silver Flowers"

The Standing 8s & I will be throwing our hat into the "Tribute" arena with the debut of Silver Flowers this Friday, July 1, 2022 at Red Hawk Grille in Concord, OH. Silver Flowers is a combination tribute to Tom Petty & the Heartbreakers as well as Bob Seger & the Silver Bullet Band (The name is derived from Seger's band & Petty's Wallflowers album). The idea hit me a while back when I was trying to decide in which direction to take the 8s on a local level. We did 2 nights of Seger's Live Bullet album in it's entirety with great success & the trio did a night of Petty with equal success. I noticed the absence of a Seger tribute band in the Cleveland area & thought that may be a cool thing to do once in a while. Being BS&SBB are one of my all time faves & we pulled off "...Bullet" already, why not do a tribute on occasion. The other part of the decision to do this was spurred by the seemingly endless Petty covers we toss around at rehearsals. One person will start a song & the rest fall in line. TP&TH area also one of my all time faves and although there is already a prominent tribute to them in the Cleveland area I thought adding our own would be fun. The Silver Flowers set will have songs bouncing between each artist; Seger then Petty, Seger then Petty, etc. It's going to be a fun display & tribute to 2 American music icons so come on out if you can! 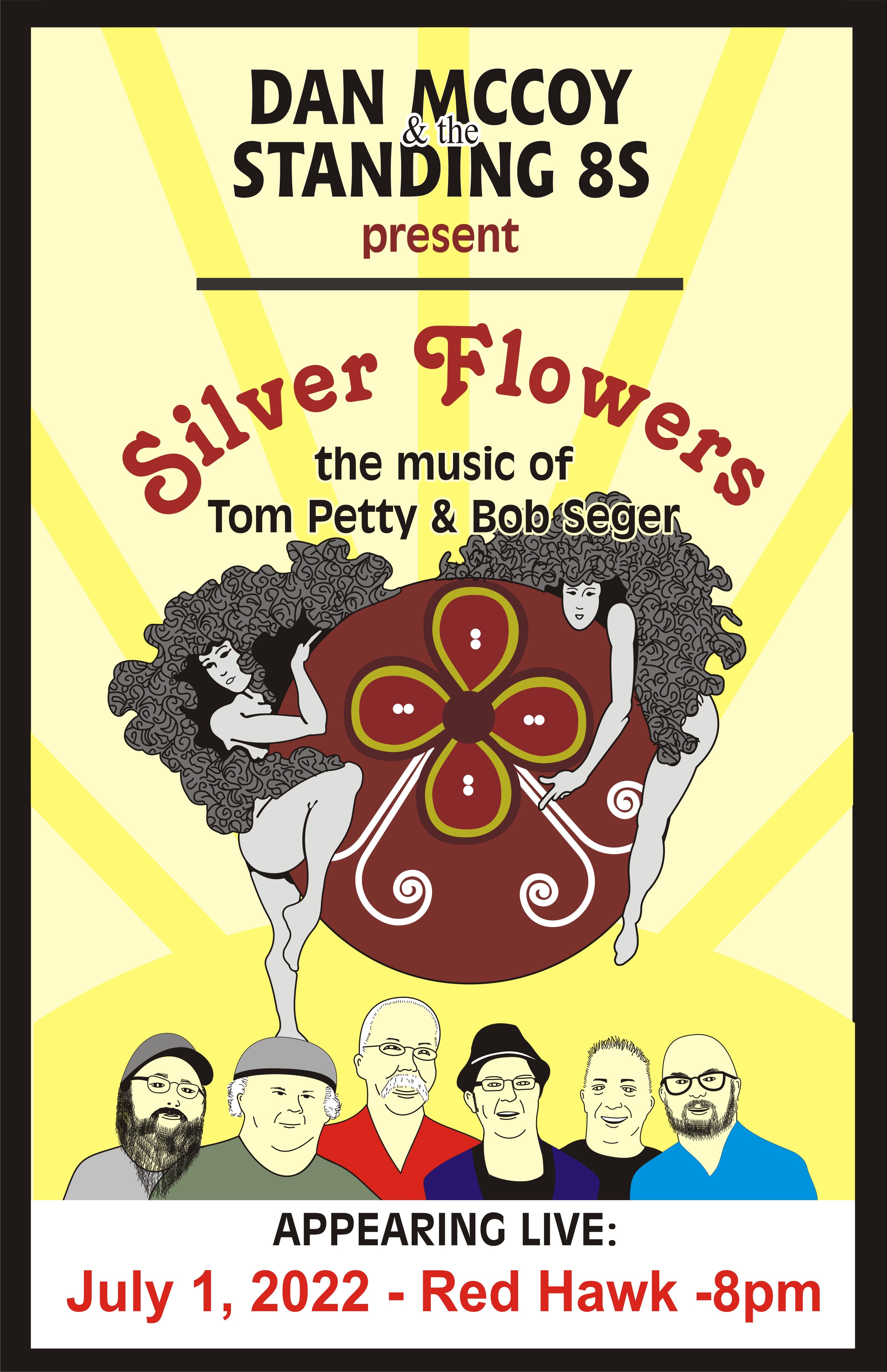